February 21, 2017 was an epic day for all of us at the Spillway BG. Of all the venues, all the cities, we were given the honor of hosting Black Stone Cherry and crew for the filming of “Cheaper to Drink Alone”.

Along with family and friends, the shoot featured several other guest appearances. Ron White (comedian), Alex Reymundo (comedian) [co-owners of Number Juan Tequila], and Lzzy and Joe from Halestorm. It was epic!!

“Cheaper To Drink Alone”, the new Blake Judd-directed video from Kentucky rockers BLACK STONE CHERRY, can be seen below. The clip was filmed on February 21 at Spillway Bar and Grill in Bowling Green, Kentucky.

“This video is the first time we have stepped outside of our comfort zone, only to end up further into our comfort zone,” commented BLACK STONE CHERRY. “It’s funny, it’s light hearted, it’s rock ‘n’ roll. It shows a side of the band that exists on a daily basis, and that is our love for ridiculous humor and not taking ourselves too seriously. We hope y’all enjoy it as much as we did creating it!

We are also honored to have appearances of our friends from Number JUAN Tequila, Against The Grain Brewery, and Lzzy and Joe from our longtime buddies HALESTORM.”

“Cheaper To Drink Alone” is taken from BLACK STONE CHERRY’s fifth studio album, “Kentucky”, which was released in April 2016 via Mascot Label Group. The CD was recorded at Barrick Recording in Glasgow, Kentucky.

Taking a “back-to-the-roots” approach, the effort was produced in the same way and same place as BLACK STONE CHERRY’s eponymous debut album, which broke the band out of the small southern backwater and onto the world stage.

BLACK STONE CHERRY guitarist Ben Wells told Metal Hammer magazine about “Kentucky”: “This is the first time we [got] to self-produce. And most of the songs, with the exception of maybe two or three out of fifteen, are all written by us, the four of us. Which all of our songs always are — we might co-write with somebody — but this time, the majority of the songs are all written by us. So it feels really good to kind of have that creative freedom. It’s raw, it’s heavy. [We went] back to our hometown to record it, where we did our debut album. So we’re kind of revisiting some of that old mojo that we had, and I think our fans have been wanting that from us for a long time now. These are probably some of the coolest songs we’ve written as far as the music and the melodies.” [LINK to original article on Blabbermouth.net] 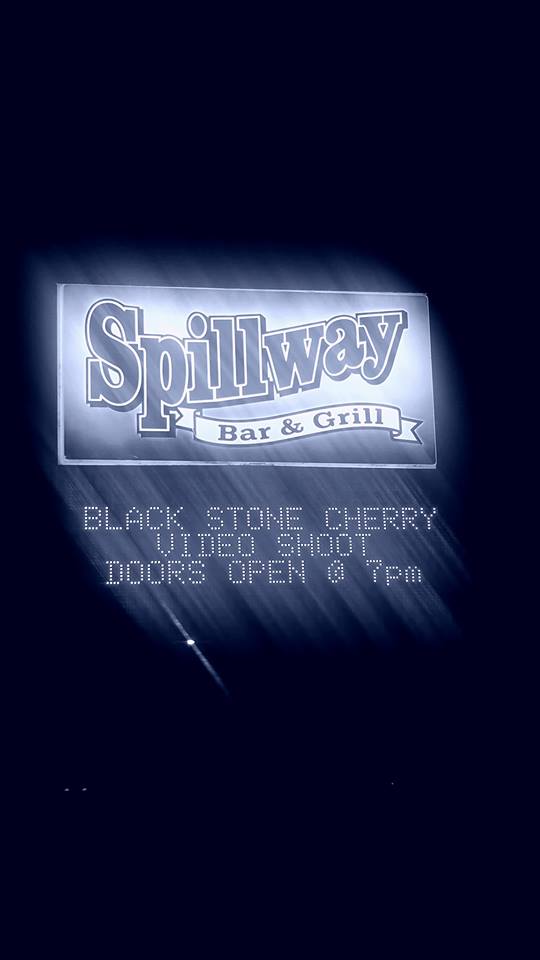 June 9, 2017 Finally got around to starting my wall of Black Stone Cherry memorabilia from the “Cheaper To Drink Alone” video they shot at the Spillway. It’s work in progress and still got some other cool things I wanna do but will take some time. If you got anything from the show you would like to donate please let me know I would love to add it to the collection. (images below)

February 22, 2017 Here’s a few souvenirs I got from the #cheapertodrinkalone video shoot with Black Stone Cherry, poster I had made, guitar Keith Wood helped me get, chewing tobacco Chris Robertson used as one of his props (that he was glad to leave behind lol) sleeves that mom cut out of John Fred’s shirt that he wore on stage during performance, drum head, drum stick, guitar pick, and who knows what else I will come up with or find laying around. I will have one area on our wall designated for this awesome accomplishment!! Guitar and Poster signed by the BSC guys and Lzzy Hale and Joe from Halestorm as they part of the video and hey I couldn’t let them get out of here without signing something lol. (images below) 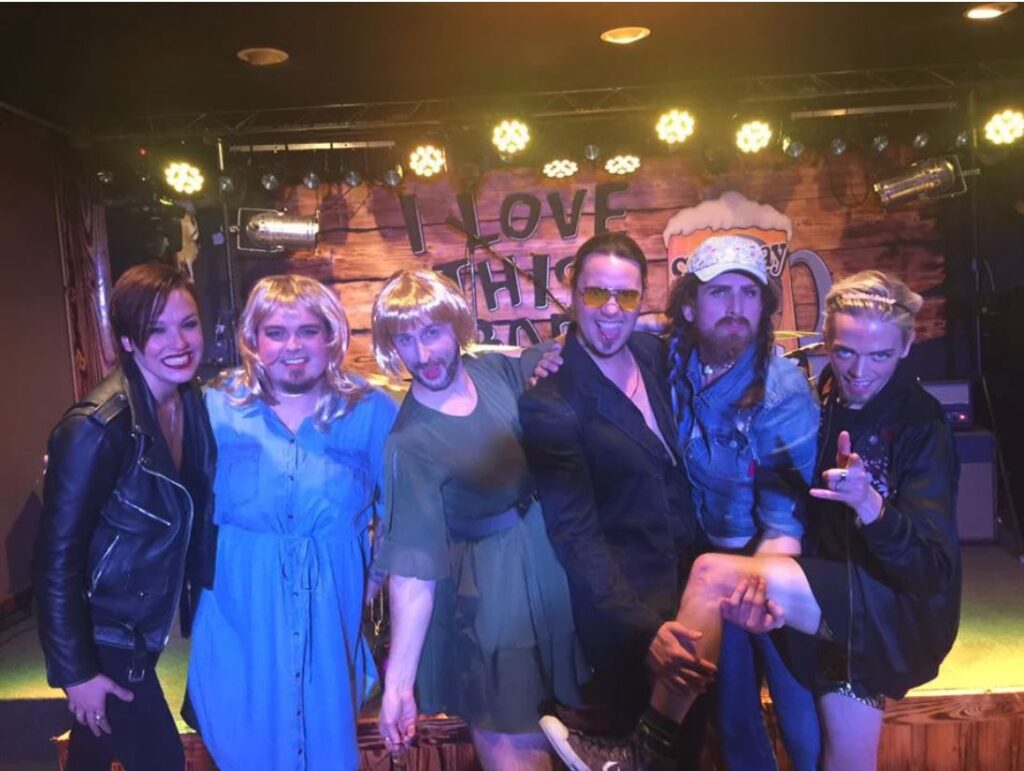 Serving the Bowling Green community for 20+ years. Follow us on social.